Did you know that many studies have shown that Cesarean section (C-section) babies aren’t as healthy?  Knowing that more than a third of deliveries in the United States are via C-section, we should be concerned. Studies have looked at C-section babies and their increased risk for asthma, allergies, obesity, celiac disease and other autoimmune diseases. Sometimes, a C-section is necessary to protect mom and/or baby, but the lack of exposure to mom’s vaginal and intestinal bacteria is something we need to consider. 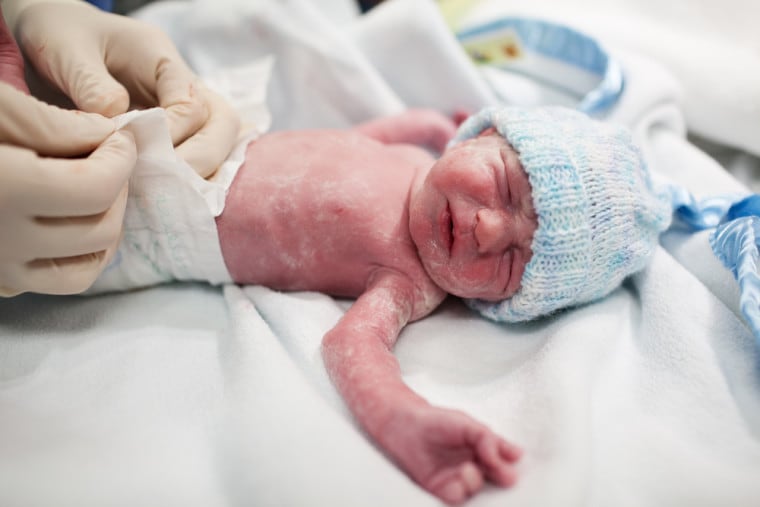 This week, I read again about using vaginal swabs (they called it vaginal seeding) when you deliver via C-section and spreading the bacteria to different places on the infant. Not only is it being used for vaginal swabs, but rectal as well. The authors noted that doctors were concerned about passing on sexually transmitted diseases to the child.

I find this strange. When there is known sexually transmitted diseases (STDs) present, swabbing is not a good idea. You could transfer herpes simplex virus, Chlamydia trachomatis or Neisseria gonorrhoeae. However, if the C-section wasn’t planned, and it was supposed to be delivered vaginally anyway, why the concern?

When your baby goes through the birth canal, it’s exposed to both vaginal and intestinal/rectal bacteria. When the baby’s intestinal wall is introduced to these bacteria, a complex process results in the formation of a mucous layer.   This mucous layer coats the intestinal lining and provides protection. Consider it a slimy coat of intestinal armor.

The vaginal canal contains a large amount of Lactobacillus, which is commonly present in babies who were delivered vaginally. As the baby leaves the vaginal canal, the baby is born face down, towards the anus.   This positioning maximizes exposure to the colonic contents, so a baby’s gut bacteria look most like mom’s.  So not only does she pass down half of a child’s genes, she also passes down her gut bacteria.

However, C-section babies gut bacteria look quite different. Their first encounter with bacteria comes from the skin, and the bacteria are not specific to the mother. This is suspected to be due to the skin from other people touching the baby. The gut bacteria of a C-section baby typically contains more Proteobacteria (inflammatory) and less Bifidobacter and Lactobacillus (protective) compared to vaginal deliveries.

One study in the Netherlands by Willem de Vos studied the gut microbiotia of 24 infants in their first one-hundred days of life; half had colic, half did not. They found that colicky babies had more Proteobacteria (inflammatory) and less Bifidobacteria and Lactobacillus, similar to C-sections babies.

As stated in this article, “seeding” is not uncommon anymore, and authors of the book The Good Gut by the Drs. Sonnenburg, PhD’s in microbiology and immunology believe this will one day will be done for all C-section babies.  The authors mentioned there is no concrete study that seeding actually works.  They are doing a clinical trial, studying the effect of the of gut bacteria on human health now, to determine the impact. It makes sense to me why seeding would work, setting up the immature intestinal lining, which is a major part of our immune systems.  This is something nature intended for our babies.

So, you can wait until they find out years from now, that indeed, seeding does make a difference; or, you can expose them to what they would have been exposed to anyway. Talk with your doctor, and read The Good Gut by the Drs. Sonnenburg. Share it with him or her. When you understand even what we know so far about the gut bacteria, this seems like a no-brainer.  Only time will tell if this will become routine in C-sections deliveries, but I believe that it will.

Originally from Minnesota, Dr. Boyd began her medical studies at Boston University and then transferred to the University of Southern Mississippi where she completed her undergraduate degree in pre-med, followed by her Masters degree in Public Health with an emphasis in Nutrition. She completed medical school at Kansas City School of Medicine and Bioscience in 2003 and her residency in Family Medicine at the Medical College of Georgia in Augusta, Georgia.
Posted in Gastrointestinal and tagged #Csection, #goodgut, #gut, #infant, #microbiome, #seeding